Today was a good prep day / exhausting day of meeting babies, getting spit up on by babies, holding babies, passing back crying babies to moms and PLAYING!! i first drove up to warwick to meet the girls for brunch at to meet patrick keller. he is such a cutie!!! he really just looks like the sweetest little baby & you just want to hold him. he also turns super red in the face and makes a grunting face when he poops (observation #1), and he is the most stylish kid on the block (observation #2). it was his 6 month birthday and he spent it w/ all of us = a true ladies man already! 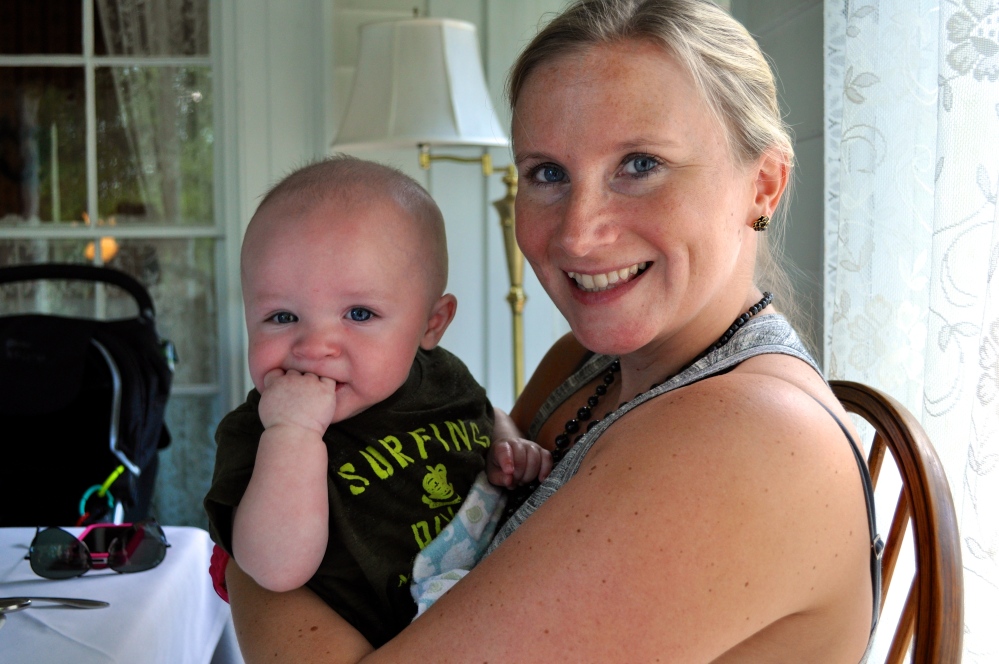 then it was off to brawley’s house to finally meet the twins! amanda & anthony came up for the week so the boys could see where their daddy came from. hopefully they didn’t drink the water (b/c it’s crazy juice) but they are adorable and SO laid back. they just loved being held and staring back at you and landyn (who i was told is usually the underdog) was so animated, that he & i just clicked right away. amanda said lukas is the mellow one &  landyn is the crazy one so naturallllllly that is why we we were so drawn to each other. brian is also landyn’s godfather. i know you’re not supposed to have favorites, but godchild + underdog + crazy/smiley personality….. okay i’ll try not to have a favorite, i promise bone! haha but they were so much fun to play with that i almost wish we were having twins too — ALMOST. the benefit is that i could give them back when i was tired. we will not be so lucky come January so time to start getting adjusted ha! 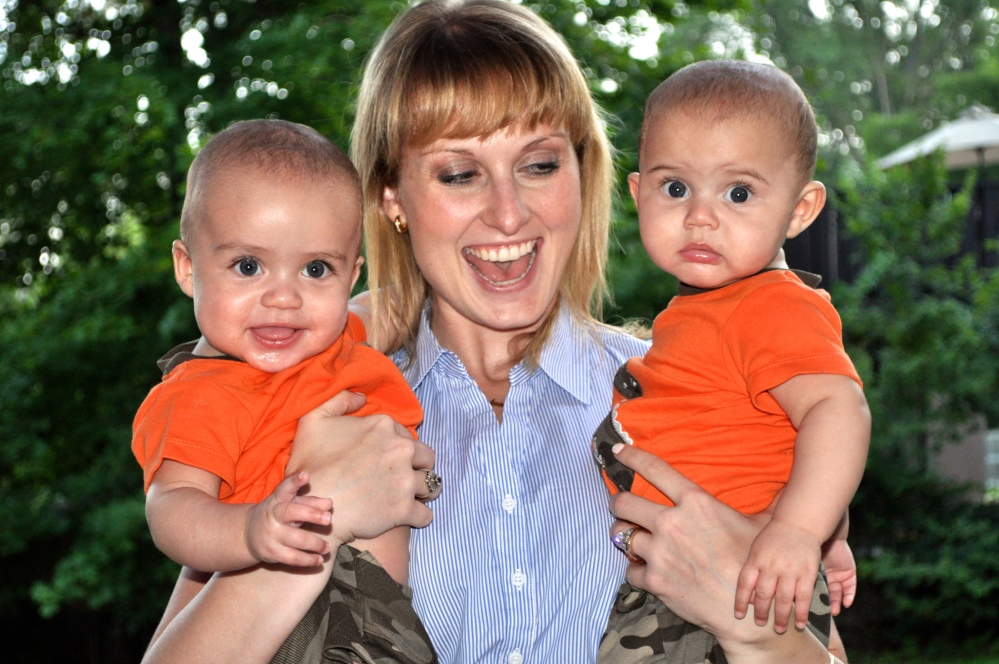 finally it was off to see my niece and nephew for more play time. cait has really found her voice lately & we were best friends. we jumped in the jump castle, we slid down the slide, we threw things, we drew with chalk, we played w/ dora, we rolled around in the grass… kelly took a break… then we did it all again. she definitely doesn’t lack energy, such is the life of a 2 year old. matty is crawling around everywhere and looks like he really wants to stand up and take off soon. colleen & sean will really have their hands full when they are both mobile & running around! i can’t imagine. i makes me feel old already ha, that i was getting tired – but i blame baby toes :c) pregnancy sucks my energy out! 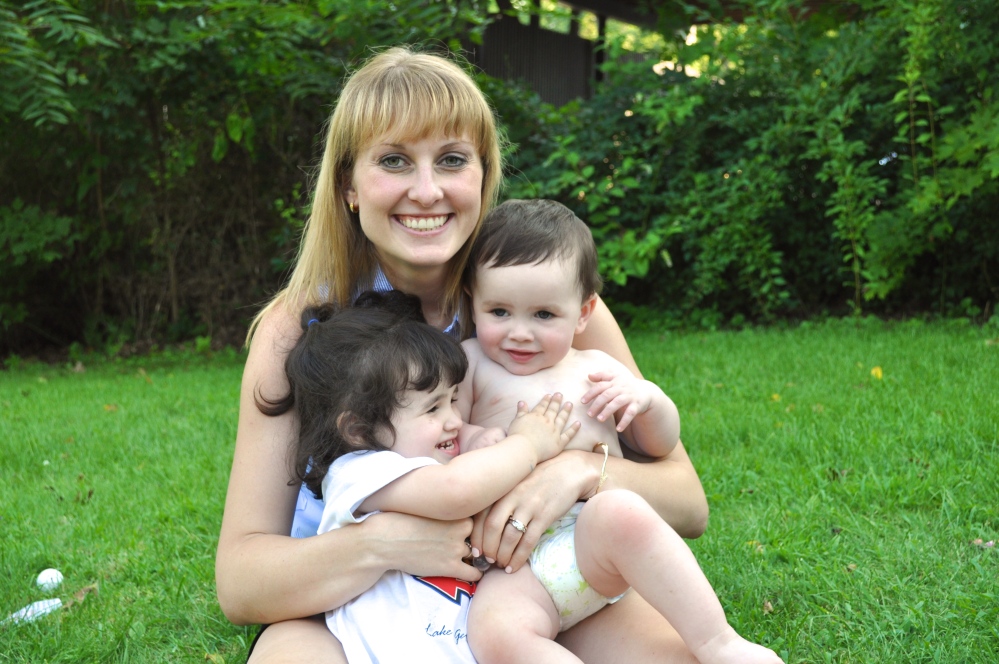 Then at the end of the day matt & fallon brought over rhyan and their newest addition Beau. beau is soooooo tiny! she looks like a little mini me of matt while rhyan is definitely her mamas child. she looks like she could be an olsen twin from full house, just TOO adorable. i kept wanting her to turn around and say “soo rude!” it was romper room at the williams house last night though for sure with 6 of them there to play. i guess we will be jumping in that chaos pool shortly enough. we will have to all start having play dates at mullaneys. ha! it’s crazy that just about everyone is now with child, or already has a few. i guess we really are growing up. it will be exciting to all raise our kids together though. even though i didn’t grow up with this crazy group i feel like they are more apart of me than some people i did grow up with. i am excited that baby toes will already have so many friends and that we will all be able to experience this together.