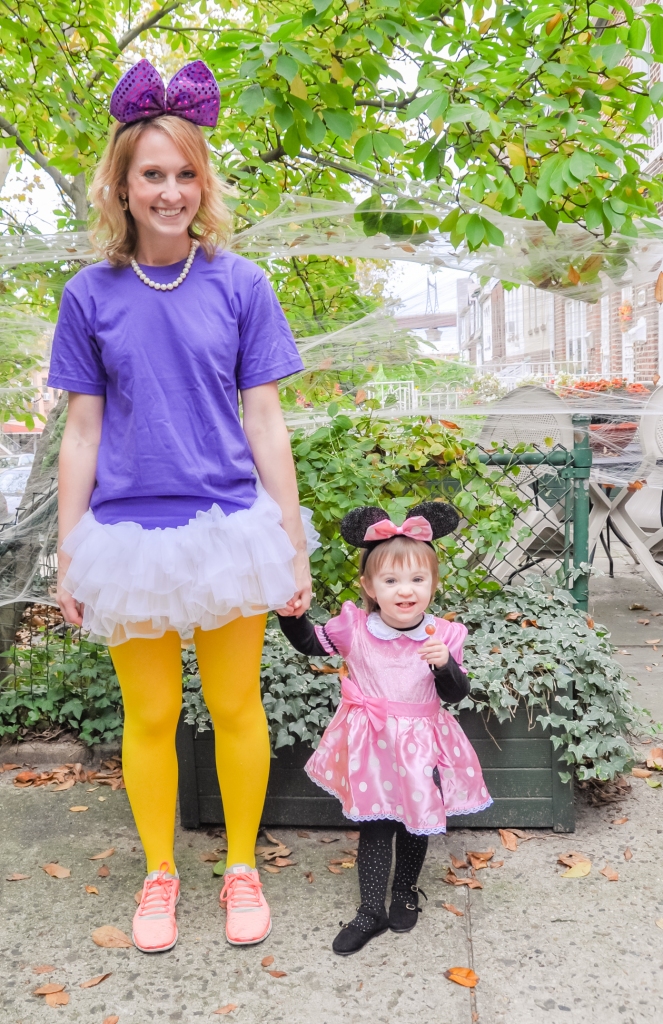 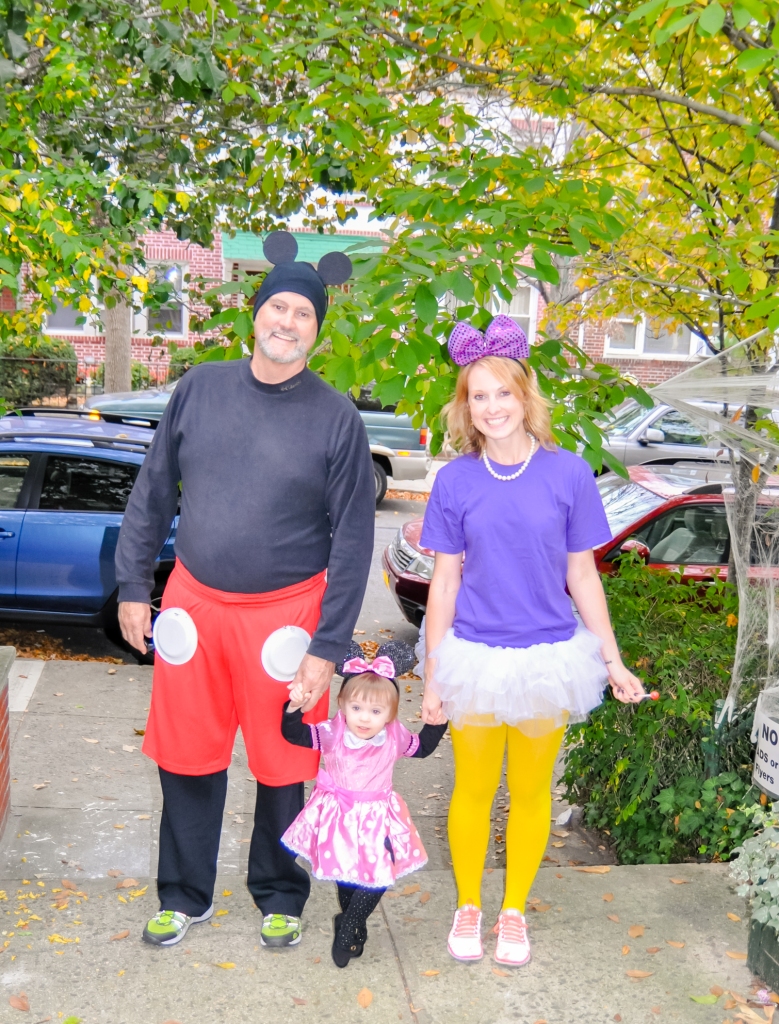 it’s the mickey mouse club house… come inside it’s fun inside! halloween is the best, just the best. and so are grandpas! mickey was the biggest hit of the night. all the little kids saw him & started screaming MICKEY!!! probably b/c he is the size of the actual mickey mouse. & one little precocious little girl told him “hey those are plates!” to which he replied “nope, they’re buttons!” (and yes they were plates, last minute addition i picked up leaving work lol). madison was fasciated yet petrified at the same time. this was the first year she could actually do it herself, although lots of hand holding was needing, especially when monsters were passing out the candy. a few houses she just said “no mama, monsters” and we had to pass them. but ghosts seemed to be okay. there were also several candy passers dressed as olaf offering warm hugs. she loves olaf. who doesn’t right?! and at every house where she was able to choose her candy, she choose a lolli. we have about 56 lollipops at our house now if anybody wants one. and sometimes she would pull the shy face and not reach into the bucket of candy, and then i would reach in and pull something out for her, which triggered her to then reach in also. looking back i think this was strategic so she would get TWO pieces of candy instead of one, and still look innocent. sneaky sneaky mouse.

thank you to my wonderful wonderful father for being such a good sport. he’s the best dad & pappy around. and husband apparently, because all weekend people kept asking him how he got such a young pretty wife, and complementing him on our child. it was creepy to say the least. and i am not sure i am happy i’ve reached the age where people can’t tell if my dad is my father or my husband. i mean come on… do i look that old? he’s ancient (insert sneaky daughter grin here). either way i am looking old, OR like a gold digger. two things i am not so happy about lol. dad sure thought it was great though. especially when jackie joined up. “my daughter & my two wives”  and “what you think you can do better than this stud?” — hillllllllarious dad hilarious.

hope everybody had a wonderful halloweeeeeeeeeeeen xx